Ask GG: 7 reasons why I will move to another country if Gove gets his way

By Helen and GG.

Last week Michael Gove announced plans to lengthen the school day in a bid to bring state education closer to that delivered in private schools. We wrote about the proposals on BritMums, and people have asked what the children think, because after all, it is they who would be most directly affected. We asked GG to tell you what she thinks. 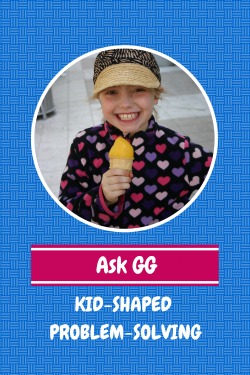 Dear GG: Michael Gove wants children to spend 10 hours a day in school, and have fewer holidays. What do you think about longer school hours?

From GG: Not a good idea full stop. More hours? I don’t think he got teachers to vote on this. Also, if you spent more time in school you should have more holidays. Well anyway you know what’s going happen if this becomes real? I am going to pay a bunch of mad year threes to go to him and scream at him until he comes round. Here is some points about why it should not happen:

So, under the threat of mad year threes screaming at him he will change his mind. Hopefully.

We contributed to a post with Stressymummy last week over on BritMums about Michael Gove’s plans to lengthen the school day. We want to know what you think so leave a comment.

66 thoughts on “Ask GG: 7 reasons why I will move to another country if Gove gets his way”