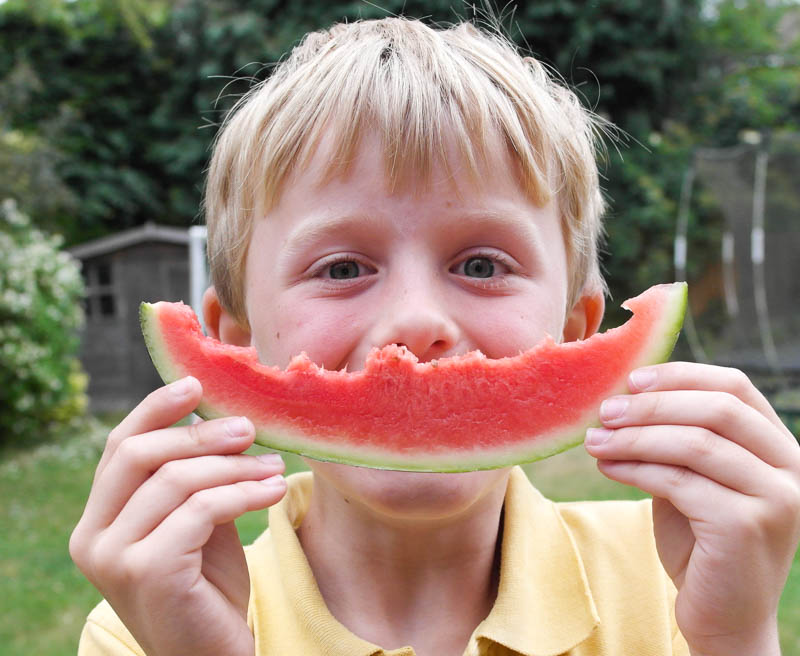 I don’t often do these posts. Marking an age never seems to be any more poignant than the other things I want to write about our lives, and I’d rather write when the mood takes me. But this week the mood does take me, and I can’t let your birthday pass without comment.

Because you’re amazing. You know that, right? Do I tell you enough? I try to, because although I laugh about it, it bothers me that you know that there are 32 photos of your sister, and only 23 of you. It’s that classic parent thing of being obsessed with your new baby the first time round, then not having enough time to even think about framing photos once you have a second. It has nothing to do with how much we love you, but you won’t know that until you’re a parent yourself.

So I want to tell you 10 things about you, right now, aged 10, that I think are awesome. Because one day, when you’re thirty, I want you know how awesome you were when you were 10.

You really are. You have a wicked sense of humour, dry and quirky, and your timing is often impeccable. It’s clever, really, not just funny. You know exactly which word to pick, and when to say it for maximum effect. They’re those moments that I wish I’d written down, so I could remember, but never do. We forget them instantly, but they pepper our lives, and give us a lasting impression of your personality. Maybe I’ll write one down next time, and come back and edit. You’re a joker too. For the first time this year on your birthday, you got something your sister wants before she got it. You’ve been talking to Alexa ever since, and I’m majorly impressed by your shopping list:

You’re the most affectionate member of our family. You are getting a cooler edge, less innocent, more irritating to your sister (as all brothers are, but you never really have been). But you’re still always up for a cuddle, and  you’re the first to notice when someone is sad.

3. You have a quiet confidence

You’re gentle, one of the quieter members of your class at school, but you’re not shy, and you’re not intimidated by the ‘cool’ boys. They like you, actually. I don’t know of anyone who doesn’t. You may not be in the thick of things, you’re not an ‘alpha’ male at all. But you’re popular in a steady, background kind of way. I suspect it’s because you are kind. You’ll share with anyone, and you’re there for anyone who needs you, with a calm humour and empathy not many boys your age have. Not many boys ever, in fact. It’s a gift. Try not to lose it.

4. You’re smarter than you think you are

When you were 6, I went into school to talk to your teacher about how much you struggled with handwriting. You found it difficult to form the letters quickly enough, and you wrote much less in the time allowed than your friends achieved. It made you worry, and you labelled yourself rubbish at writing. Your teacher wasn’t worried, and said you had the best vocabulary in the year group, that handwriting would come. She was right, and come it has, just this year, in fact, and I can finally read what  you write easily.

Your teacher has been impressed with your progress this year, and yet you still lack confidence in your work. You face new mental challenges with frustration, and you shouldn’t. Because you will get it, with practice. That’s life, it’s learning. You crack one thing, and you move on to another challenge. Get used to it, because wanting to learn more is one of life’s most fulfilling choices. Stand still and you’ll stagnate; tackle frustrations and you’ll fly.

For your birthday, you got £50 worth of LEGO. The set cost £280. You decided what you wanted over 6 months ago, and you’d painstakingly saved to buy it. Where other kids wonder what they can buy with the £1.40 they have left in their money box (and yes, I’m looking hard at your sister here), you squirreled away every penny, counting it up, always knowing how close you were to your target. You saved Christmas money, Easter gifts, and every bit of pocket money. You wanted a fidget spinner, but you didn’t buy one when you could, because you wanted this LEGO set more. So when you counted your birthday money and told us you had £50 to go before you could buy the set you wanted, we gave you the rest as a birthday present. Because any 10 year old who can save £230 deserves a leg up.

On your birthday we visited the new LEGO shop in London. “Would you like to see the Death Star close up?” asked the shop assistant, offering to get the big model out of its case. “No thank you,” came your reply. “I already have it.” The young man made an impressed face, and then his jaw dropped as you described how you also have Slave 1, the Millennium Falcon, and Kylo Ren’s Command Shuttle. And as of this week you’re working on Marvel’s Shield Helicarrier. Which is for 16 year olds… I could see by his expression that he thought we must be loaded, and you spoiled. When we explained that you’d saved up for all but the Death Star by yourself, he declared you a Master Collector and asked you to send in photos that he could put up on the walls of the store. We are totally doing it. Your dad will make a special trip, just to instagram it.

You may be quiet, not the first to speak up, and certainly not the loudest. But people know who you are, nonetheless. Last year your teacher told me that the whole class waited on tenterhooks every morning until the very end of the register. Because that’s where you were. Because they never knew what you would say when your name was called. I, who wouldn’t break a rule if I could possibly avoid it, worried that you were being less than reverent. And you were. But in such a way that even the teacher couldn’t wait to hear what you would say. Because you were funny – it was the highlight of registration, she said. You, my quiet, hate to break a rule boy, the high point of 9am.

Content to take a back seat, happy to let others take the lead, when it matters to you, you want to win. This year your teacher told me that far from being an also ran, you’re hugely competitive, though never in a way that bothers anyone else. “From his quirky sense of humour, his desire to improve, his kind heart and his cooperative nature, he is a genuine asset to any class. Mind you, don’t let that quiet exterior fool you, there’s steel there.” he said in your year 5 report. And there is. You’ve never asked to be on the athletics team, for all my hinting. You just quietly went out and won every race you ran on sports day. You, the boy who cried and refused to take part in infant school. Quietly winning. Keep doing that – it makes people look twice.

You love to indulge in chocolates and cola cables, but you’ll only ever have one or two. You love to eat good food (and total crap too – how can you stomach those hideous frankfurters and pepperami’s??), but you always stop when you’re full. You listen to your body, and already you know what it needs. Sometimes you just know you need to run, or jump, or swing, and food will only become relevant when you’re hungry, and needing fuel. You’re a skinny thing, but your six-pack is made of iron, and you have more energy than the rest of us put together. Keep that approach, if you can. Feeding your body for energy and use is a skill not many people hang onto these days.

Whilst most people like you, you don’t have a swathe of friends. You are not the life and soul, but you have soulmates. A handful of really good kids who get you, and who you’d do anything for. You’re not competitive in that sense, always looking to sound better, to look better. You’re choosy about who you make your friends, but once you do, you’re always on their side, liking them for who they are. That’s a skill. Not judging your friends, always being there for them, knowing who they are, and accepting that.

You’re awesome. One day I hope you get all the LEGO in the world. And a Ferrari x