Do I need glasses Mummy?

Glasses are so cool, don’t you think? My friend has been wearing a pair at school for a couple of years now, and I’ve been coveting them. I’ve been begging Mummy to take me for an eye test, but she hasn’t obliged. Until recently. What is it about your siblings that makes them more convincing than you, I wonder? I’ve been trying on glasses in Claire’s Accessories for months now, without a whisper of an appointment at the opticians, but the minute my brother says his eyes go blurry when he reads, we’re off to Specsavers!

Mummy is also as blind as a bat, having kicked off with migraines at the age of 19, and a confirmed specs wearer ever since. So she decided to take advantage of the Mummy and Children session at Specsavers. She was nervous about the Bug’s potential reaction to the optician; he is occasionally shy, and frequently a bit ‘grumpy old man,’ so it could have gone either way.

In the event, his sight only took about 10 minutes, during which he was asked to recognise numbers within coloured dots (colour perception tests), and to pick out 3D shapes, as well as a more traditional test on what letters he could see at what distance. He got quite engrossed in it, and seemed to be having fun. Then it was my turn: had I not been a competitive type, I may have tried to fudge the test, but hey, I like to do my best.

Mummy was up next, and in sole charge of the iPhone, I couldn’t help myself: 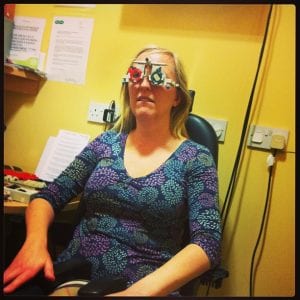 I sent it out on Instagram. Quick on the uptake, she swiftly paid me back: 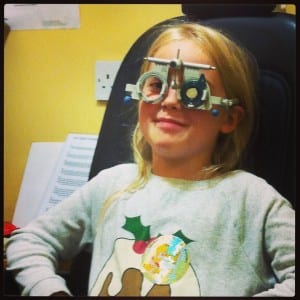 Do I need glasses? The verdict:

Would you believe it?! The latest fashion accessory, and I don’t qualify! I have better than 20:20 vision, apparently! My brother, the lucky thing, has a slight long-sightedeness, and so he qualifies for free glasses. Mummy says that in her day, this would have meant bottle-ends in pink or pale blue. I have no idea what that means! But Specsavers were quite happy to indulge me in my fashion-fuelled eyewear experiment, whilst the Bug chose his designer specs!

Don’t you think I deserve glasses? Do I not sport them well? And Specsavers have so many cool designs, from LEGO, through Moshi Monsters and the Simpsons, as well as Hello Kitty. Not a bottle end in sight! Here are a few of my favourites: 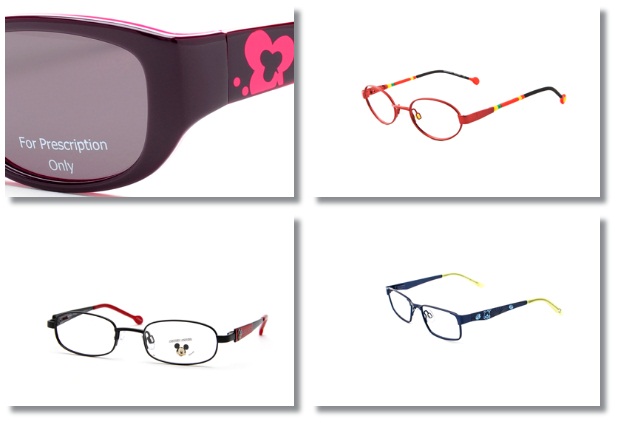 I shall continue to indulge my passion for late-night reading by fairy-light, which Mummy assures me will ruin my eyesight! In the meantime, it’s Claire’s Accessories for me: 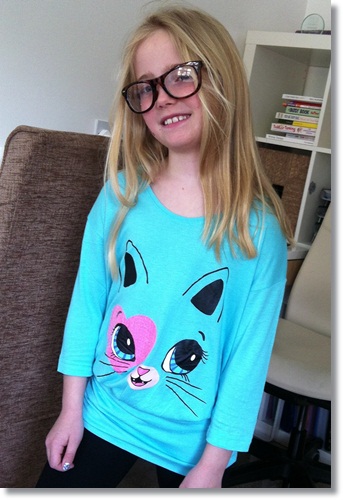 Disclosure: Mummy’s sight test was free of charge, and her glasses purchase was subsidised, for the purposes of this review. The children’s sight tests, and the Bug’s glasses were free of charge, on the NHS. All editorial content and opinion is our own.

Inventions by children: Wot so Funee?

9 thoughts on “Do I need glasses Mummy?”