Is Your Child Old Enough For A Smartphone? 5 Important Factors To Consider

Kids are so tech-literate these days and some parents give their child a smartphone when they’re incredibly young. But there are some parents who don’t like the idea of their child having a phone at all and make them wait until they’re in their late teens before letting them have one. 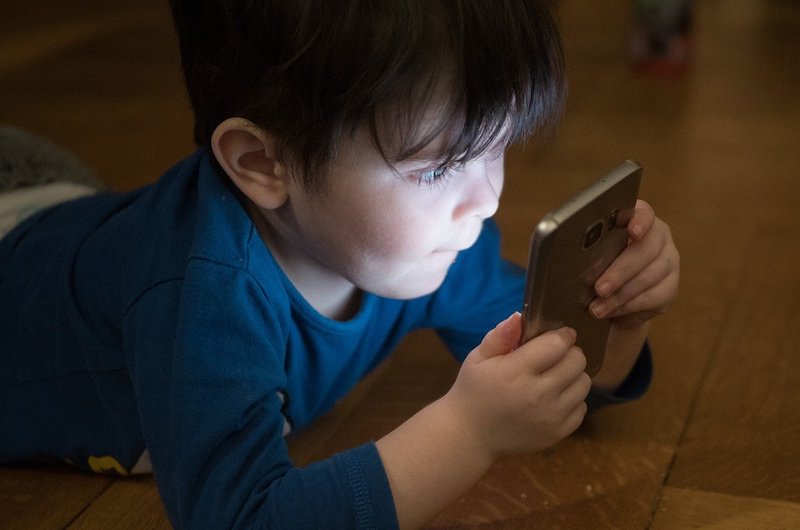 If you’re a parent, your kids are probably nagging you about getting a phone if they don’t have one already. They’ll tell you that everybody else at school has one and you’re being unfair by not letting them have one, so what should you do?

Unfortunately, there is no right answer here and it all depends on your child and how you want to raise them, but there are some factors you should consider when making your decision. So, when should you give your child a smartphone?

Is Your Child Old Enough For A Smartphone? 5 Important Factors To Consider

Do You Know How To Protect Them Online?

One of the major reasons that parents are cautious about giving their child a phone is that they don’t want them to be exposed to dangerous content on the internet. When your child is using other devices, it’s easier for you to monitor their activity but when they have a phone with them at all times, you can’t see what they are up to. So, you should consider whether you have a good understanding of the online world and how to protect your child.

If you are not very tech-literate yourself and you don’t know how to manage your child’s smartphone usage properly, you should think twice about getting one for them. Instead, spend some time educating yourself and learning how to use all of the right security tools so you can rest easy in the knowledge that they are safe online.

When you do decide that it’s finally time to let them have their own phone, you need to have some frank conversations with them about their online activity. Speak to them about cyberbullying and the dangers of speaking to strangers online. You should also let them know that you are always there to talk if they see anything that they don’t understand. Even though there are some great security apps to protect your child online, they’re not foolproof.

How Do They Interact With Their Other Devices?

Your child’s relationship with other devices gives a good indication of whether they are ready for a smartphone or not. If they have access to a computer or games console, for example, do they kick up a fuss when you limit their screen time? If your child already has a tendency to get hooked on screens and they don’t respond well when you tell them that it’s time to come off, how will they react when you limit their time on their phone? If you are already having difficulty limiting their screen time on other devices, visit https://www.todaysparent.com/family/parenting/parent-tested-systems-you-can-use-to-limit-screen-time/ for some good tips to help you.

You should also consider their safety and attitude towards their own privacy online. If they aren’t aware of the potential dangers that they will encounter online, they aren’t ready for a smartphone. It’s best to give them limited access to a computer so they can learn how to use technology responsibly before they eventually get a phone.

Can You Afford It?

This is a question that a lot of people overlook when making their decision, but phones are expensive and you need to decide whether you can afford it. You don’t want to put yourself in a tough financial position just so your child can message their friends online.

If you are concerned about the cost, you should look at family phone plans because you get some great discounts and you can monitor their usage. Check out https://halfcooked.co.uk/family-mobile-plans/ for a list of the best family plans out there at the moment. Think carefully about the kind of phone that your child needs too. They’ll tell you that they absolutely need to have the latest iPhone, but it’s way cheaper if you get a slightly older phone and it will still do all of the same stuff anyway.

It’s worth looking at SIM only plans too because they’re much cheaper than a plan with a brand new phone. If you upgrade your phone, your child can have your old one as long as it’s still working fine. This is a great way to save money but if you still feel that you can’t afford it, you should be honest with your child about it.

Will It Improve Their Safety?

Safety is one of the big arguments in favour of getting your child a phone. When they reach a certain age and they are out on their own with friends a lot of the time, having a phone means that they can get in touch with you if they have a problem or even call the police in an emergency. In that sense, having a phone improves their safety, but does it need to be a smartphone?

An old fashioned phone with buttons and no internet capabilities is still useful in an emergency and they can still use it to message their friends. But you don’t need to worry about them wasting time on social media or getting into trouble online, so it’s a good middle ground. Often, parents find that it’s best to start off with a simple phone for emergencies and then graduate to a smartphone when they reach their teenage years.

How Are They Performing At School?

The potential for distractions is a big argument against getting your child a smartphone. They have access to endless games and social media sites to distract themselves with. When they are supposed to be doing homework or paying attention in lessons, will their new smartphone distract them and impact their work? If your child is doing brilliantly at school and you don’t have any concerns, getting them a smartphone might be ok, as long as you have boundaries in place. But if they’re already struggling and they are prone to distractions, a smartphone is only going to make things worse.

If you weigh up these different factors, you should be able to decide if your child is ready for their own smartphone or not. When you do eventually get them one, you need to have some rules in place to manage their usage.

These are some of the best rules for your child if you want them to use their smartphone safely and responsibly.

You’re the one paying for the phone so it belongs to you, no matter what your child might think. It’s important to establish this boundary from the outset so your child understands that this is a privilege. If you ever have any concerns about their usage, you should confiscate the phone and check it. The privilege should also be taken away if they misbehave. Setting expectations early on will make this a lot easier.

All apps must be approved by parents

This one seems a little overboard but there are a lot of apps out there that seem fairly innocent on the surface but could give your child access to inappropriate content. There are also a lot of apps that contain viruses and can be used to hack into your child’s phone. Most of the stuff they download is probably fine, but they should always check with you first so you can make sure that they’re being safe.

No phones at bedtime

Staring at your phone late at night is terrible for your sleep. It’s a distraction that keeps you up and the backlight from the screen convinces your brain that it’s daytime, so it’s much harder to drop off. If you let your child have their smartphone with them in the bedroom, their sleep schedule will go out of the window and this will have a big knock-on effect on their health. So, make sure they hand over their phone at bedtime every night and then collect it in the morning.

Always act as they would in real life

Parents teach their children to be kind and respectful to others, and this should extend to the online world too. Unfortunately, the reason that people are so hostile online is that they feel removed from the situation and there is a degree of anonymity. They don’t see it in the same way as they would if they were saying the same things to somebody’s face, but it’s just as damaging. It’s important that you talk to your child about their conduct online so they understand that if they wouldn’t say something in real life, they shouldn’t say it online. Taking a moment to think before posting anything is always a good practice to get into.

Deciding whether to let your child have a smartphone or not is tough and there’s no right answer. But as long as you consider all of the factors listed above and implement these rules, you can make sure that they are safe.

I’m Going To Be A Lockdown 3 Entrepreneur