Keep Bodies Real, for the Sake of our Girls – Sponsored by Dove 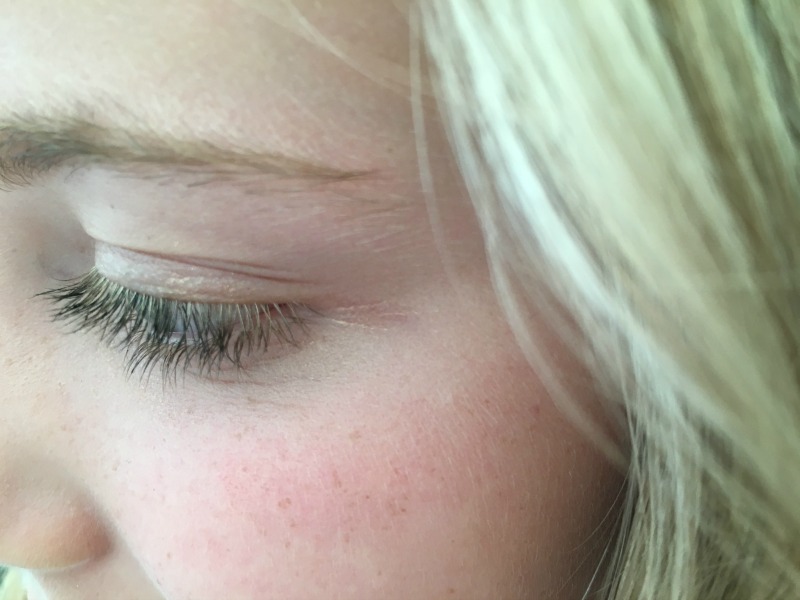 When she was 7, my daughter came home and asked me if she could shave her legs. My heart sank, because I knew we were on the brink of a lifetime of concerns about her appearance. She had been teased at school, and in an afternoon, she’d gone from not caring two figs about her legs – beyond how fast they could carry her round the playground – to wanting them to conform to someone else’s expectations.

Over the next few years, a whole bunch of other perceived flaws found their way into her awareness of herself, from moles to eyebrows, thighs to hair colour, and more recently, an insulin pump. I sat with her and discussed why these things bothered her, and every single time it was something someone else had said about the way she looked. I asked her about these people, what she liked and disliked about them, and what was unusual about their appearance. And gradually we determined that they too had hair on their legs, eyebrows that strayed into the middle, moles, glasses, a kink in their nose, or a crazy hairstyle.

We talked about the fact that everyone has differences, that that’s normal, and that the way you look is just one part of who you are. The way you laugh, the things you love, the people around you, and how you treat them are all just as much a part of your beauty as the features of your face, or the hair on your legs.

I think those conversations and reassurances have given her a strong foundation to cope with the teenage years, and I know she’s going to need it, given the focus so many girls – and let’s be honest, grown women – put on their appearance. I see what some of her peers post on Instagram: the trout pout and Snapchat filter reign. You know the one I mean – the filter that makes everyone (including me) look like a Barbie doll who’s been under the sun lamp for too long.

With media so much more readily available to them now, young girls are so constantly bombarded with images of the perfect woman to aspire to, that they actually believe these representations of themselves look good. I see young girls wearing the make-up of much older women, and they’re good at it. It looks amazing, but it looks so wrong on them, at their age. Perceptions of beauty and body image need to change, and it needs to be soon, to avoid the next generation placing all their focus on how they look.

What’s really worrying is that although 67% of girls think that the media and advertising set an unrealistic standard of beauty, they still consume those images with a hungry anxiety over their own appearance.* And almost all of the girls who feel worried about their appearance say they opt out of social activities, clubs and sports because of how they look. That’s heart-breaking. This is why Dove is championing the launch of the Be Real Body Image Pledge on 17 November. The Pledge aims to change the way we think about body image in the UK, and to create a world where girls grow up surrounded by more realistic and diverse images they can relate to.

I pointed out to my daughter that Dove only use real women in their advertising, and have a strict policy against photoshopping and airbrushing. You know what she said? “Good. No one really looks like those women in fashion magazines. And eyebrows can always be plucked.” But whilst she does obsess about the perfect eyebrow, she couldn’t care less about the hair on her legs. She’ll deal with it – if she can be bothered – when she wants to, and in turn, she doesn’t judge her friends for their imperfections. I’m hoping it stays that way.

Take the Pledge to be Real 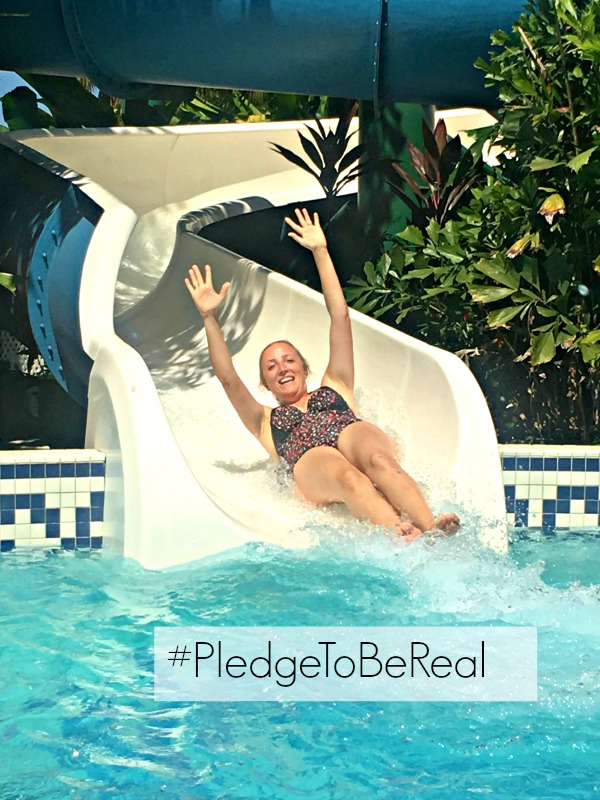 To support the campaign, I’ve made my pledge to be real, posting this picture of me on a family holiday. Because my swimsuit wasn’t there to make me look good. It was there so I could shriek with laughter on the water slide with my kids!

Why don’t you join in? All you need to do is post a picture of what real beauty means to you, and tag @DoveUK with the #PledgeToBeReal hashtag.

*Research commissioned by Dove. Post sponsored by Dove, and the #PledgeToBeReal campaign.

8 thoughts on “Keep Bodies Real, for the Sake of our Girls – Sponsored by Dove”