Ralph is not a Spy: a book review 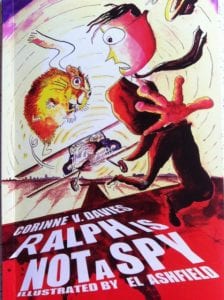 I was recently given a book to review. Ralph is not a Spy is one of a series of books about a rather nerdy schoolboy, who hadn’t yet figured out where he fits in life. He is not a spy; neither is he a Superhero or a Vampire, apparently, but I have yet to read about those particular adventures. He does play chess rather well though, and his opponent is set to kidnap him and steal his secrets. It transpires that Ralph may well be a spy, unbeknownst to even himself…

What GG thought of Ralph is not a Spy 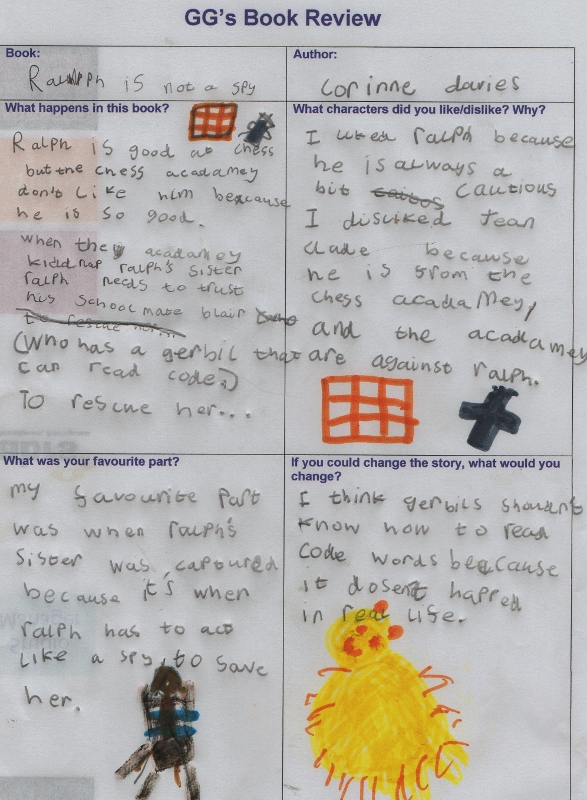 Ralph is not a Spy, aimed at ages 7-10, is written in verse, which I found distracting, but GG loved it, which just goes to show what I know! The story itself has just the right levels of intrigue and mischief – secret notes written on loo paper, and gerbils well-versed in Morse code – to keep children guessing, but still engaged. It is also full of little tasks – decipher some code here, invent a spy gadget there – which I was suprised to discover GG hadn’t tackled. I did them for her 😉

I can well imagine that in a couple of years time the Bug will be pretty keen to get his hands on Ralph, and will probably distract himself with the tasks for a good while, but GG was intent on getting to the end of the story. It’s a nifty example of teaching kids more than just plot development too, given the handy glossary, complete with references to follow, and some Spy facts, including how to spot counterfeit money!

Verdict: mystery, suspense, true facts, and some fun and games. We give this 4 stars (although we suspect the Bug will raise it to 5 once he is reading by himself)!

You can buy Ralph is not a spy on Amazon.
We were provided with a copy of the book by the authors, but all the views expressed here are our own.