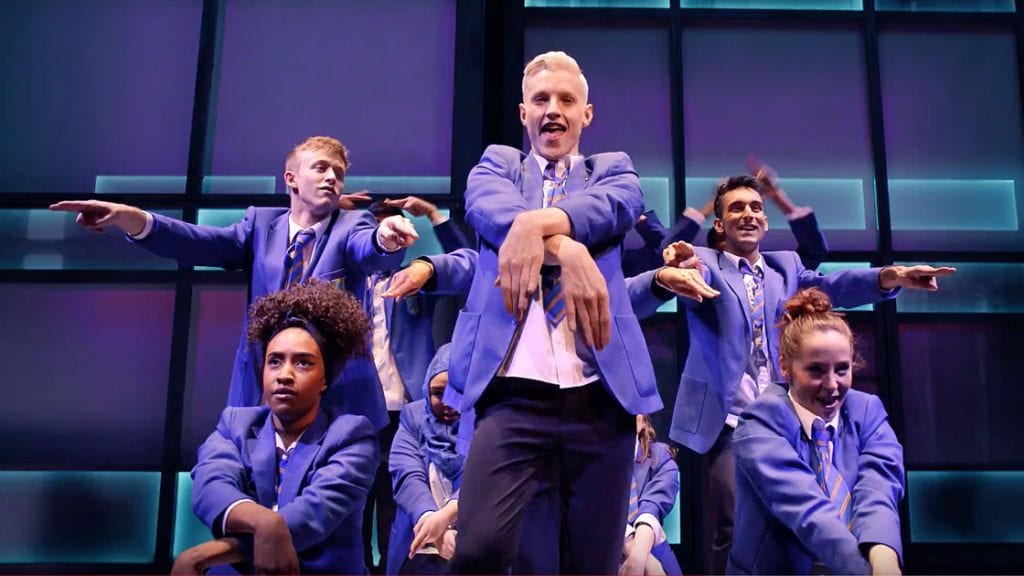 When the Bug was still tiny, I took Maddie into London for a girl’s day out. It was meant to be a day off from her baby brother, a day where she had me all to herself for the first time since he was born. We saw the sights, had afternoon tea like grown up ladies, and finished the day with a trip to the theatre. We saw Oliver! and she adored it. We ate ice-cream and waffles for dinner, and she fell asleep with her head in my lap on the train home. I was hooked.

Since then we’ve had a girls day out every summer. We’ve been to museums and art galleries, tasted macarons and had the best steaks. Where our day used to consist of all five floors of Hamley’s, we now spend it all on Oxford street, her in changing rooms, me seeking out seats on steps while I wait, nod, frown, and sometimes pay. But what’s always been a fixture on our day out is a trip to the theatre.

We go in August, because that’s when Kids Week is on. Kids Week is a London theatre initiative aimed at getting more families into the West End, and giving more children the opportunity to see some of the fantastic, world-renowned shows London has to offer. For every full-paying adult, a child under 16 goes free. For us that means I can afford better tickets, and my daughter knows how lucky she is to have seen some of the top shows, in the best seats. For other families that might mean that a theatre trip becomes affordable, where before it was not. 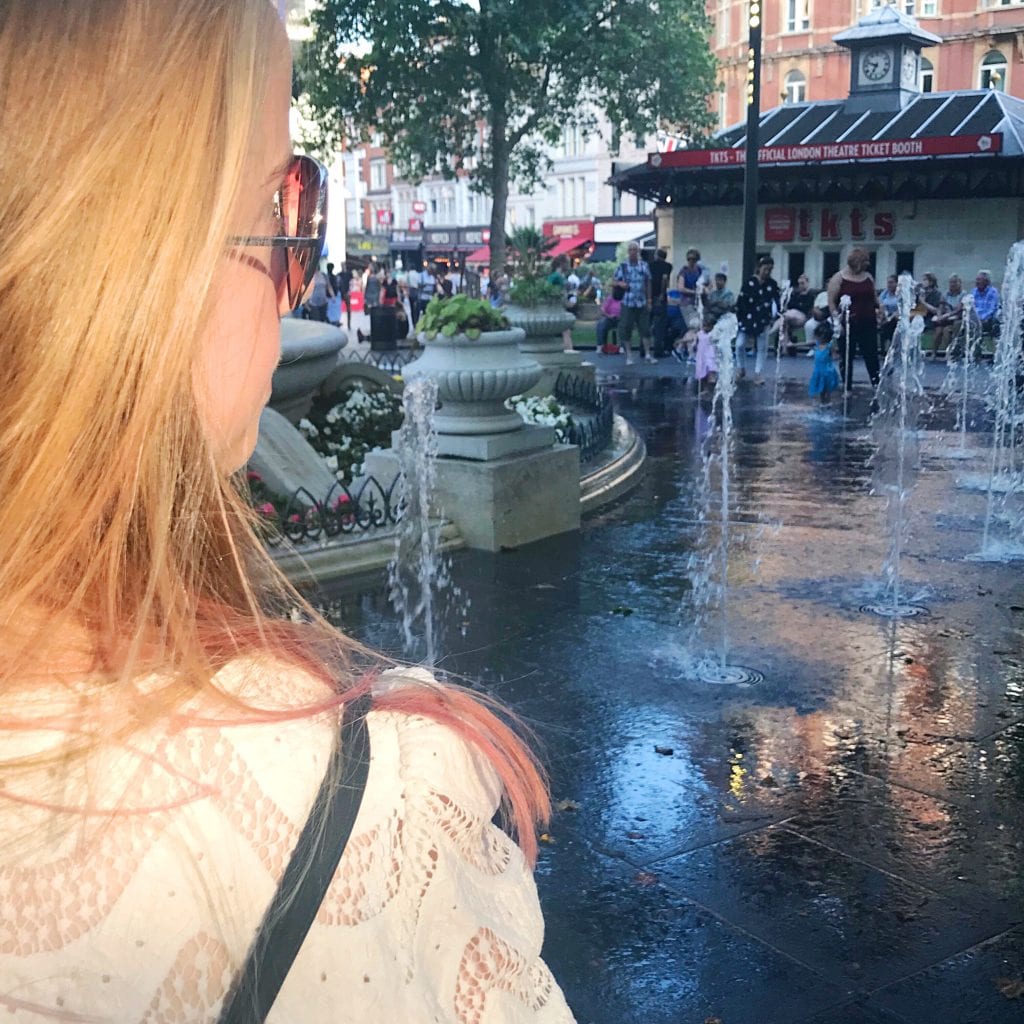 This week, we were invited to spend an evening in London in return for writing about Kids Week, and reviewing one of the shows involved. We got there early and spend a lovely half hour in Leicester Square before the show. I’d always assumed the London landmark was just a home for cinemas and bars, but there’s a pretty garden with fountains which we found children playing in in the heat of the evening.

We’ve already booked tickets in August to see Aladdin, so for something completely different, we chose Everybody’s Talking About Jamie. The five-time Olivier Award-nominated musical is based on the true story of a Sheffield 16 year old with a big secret and story to tell. The show tracks Jamie’s ambitions to be a teenage drag queen – it’s hugely topical if you’re a teenage girl right now, and manages to be both hilarious, and moving in equal measure. The singing is phenomenal!

Jamie isn’t one of those musicals where you know all the songs before you go, but nevertheless we were clapping and foot-tapping whenever we weren’t in tears over the poignant song lyrics. I defy any mother of a teenage boy not to need tissues by the end! I suspect we will be downloading the soundtrack and adding it to last year’s Kinky Boots addiction (do you see a theme developing?) 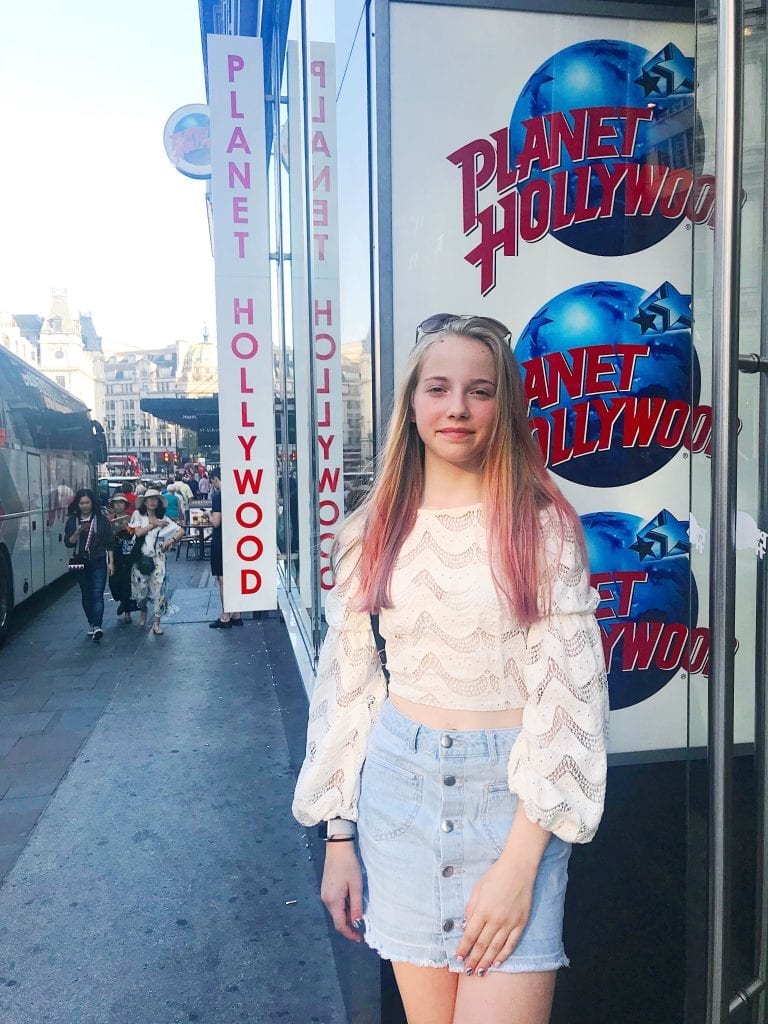 Making a day of it is so easy too, with lots of fabulous family-friendly places to eat. We ate at Planet Hollywood, which claimed the title of number 1 child-friendly restaurant for the third year running in 2018 (check out this review from our previous visits). The staff are super-friendly, and service is fast, which really counts when you’ve got theatre tickets, plus the ribs, burgers and steak fayre is delicious – Maddie likes a medium rare steak but no blood, and that’s exactly what she got. It was really tender too – I don’t think she even used her steak knife it was that soft to cut through! As well as iconic props from actual movie sets, and hand prints of the stars, there’s a roving camera and a big screen, so be prepared to see yourself up there! If it’s your birthday let them know, and you may find a personal message flash up on screen too! And if you’re girl enough (or extremely hungry) there’s an amazing milkshake – check out this video of the new Chocolate Supernova!

What will you book? With a total of 43 shows to choose from, there’s something to appeal to all ages and tastes, and Kids Week now runs for the entire month of August, so there are even more opportunities to go.