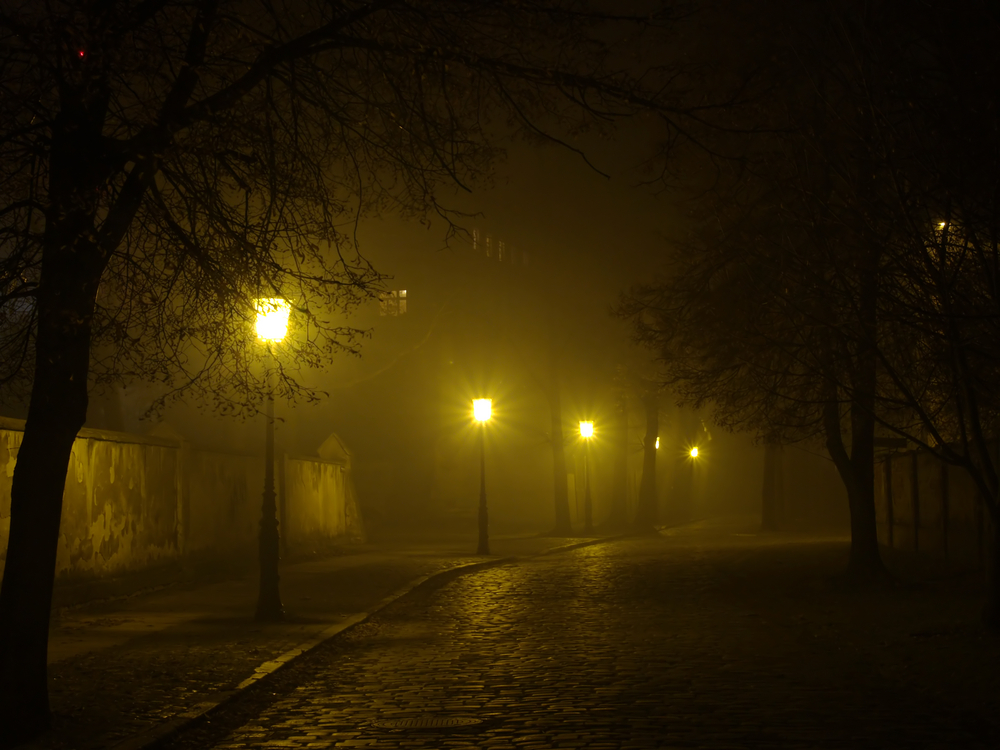 Rising out of bed, as if in a trance, Poppy slowly staggered over to the door; slowly, but purposefully. Reaching out for the doorknob, she turned it and proceeded down the stairs. Not acknowledging the frantic shouts from her parents’ bedroom, she unlocked the front door and stepped outside into the frosty night. The darkness wrapped around her while she trudged down the icy pavement. Suddenly, her soot black eyes focused on a curved dagger resting against a wall. With her eyes sparkling with danger, she stretched out an arm to retrieve it, while the bitter winds swirled around her.

Shuffling on, she felt her heart pounding in her chest. Not with fear – with excitement. Out of the corner of her eye, she spotted a stooped figure lounging on a wall of a dark, damp, alleyway. A whispering voice washed around her. “Do it!” it hissed. All her senses were overwhelmed as she soundlessly crept over to the figure dressed in black. Without hesitating, she plunged her knife deep into his pack. He immediately bent over, wheezing. A steady stream of blood cascaded down the dark red hole in his spine. She turned away, leaving him alone to drown in his own blood.

Poppy walked on, sick with fear. She couldn’t believe what she had done. She had taken the life of an innocent man without looking back. Stumbling in the darkness, fear-stricken, she sprinted away. The thick trail of blood seemed to be chasing her. Racing off, she didn’t see it. It hit her. She fell.

All around her, people were screaming. They had seen it, the small, weak girl hit by the silver monster of a car. Ambulance sirens screeched in the distance. As the crowd sloped off, she rose. Her eerie black eyes opened again. They had lost all of the brightness left. She was gone…

On the page of the book Poppy had left open a picture started to paint itself while the vines spilled out. It started as an outline and coloured itself in. A picture of a man, bent and bearded, sitting in a desk chair. The chair was perched on the base of someone’s brain. Poppy’s brain.

Edging down the road she used to know, Poppy held her sharp dagger tightly. When she reached the front of her house she paused and looked around. An elderly lady was peering out of a window next door, a concerned look spread over her face. Still, she moved on. Stopping outside number 6, an evil grin covered her face. As she opened the door, her hand moved behind her back to conceal the dagger. Peering into the kitchen, she saw her mother fretting at the dining table. Poppy sneaked in and her mother widened her eyes in surprise. “Poppy!” she smiled. “You’re home!”

As Poppy’s mother wrapped her beloved daughter in a warm hug, a flash of silver glinted as she held the dagger to her mother’s neck.

I’m kind of keen to know what happens next, aren’t you? For that I’ll have to wait for my 11 year old’s next creative writing class.